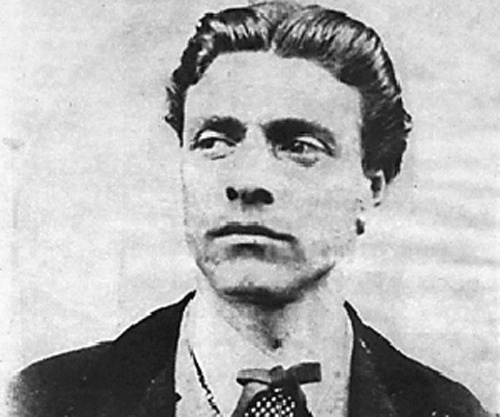 Dubbed the Apostle of Freedom, Levski ideologised and strategised a revolutionary movement to liberate Bulgaria from Ottoman rule. File Photo

On Saturday Bulgaria marks 172 years since the birth of the "all-time greatest Bulgarian" Vasil Levski.

Vasil Levski was the nickname of Vasil Ivanov Kunchev (18 July 1837-18 February 1873), a Bulgarian revolutionary renowned as the national hero of Bulgaria.

Dubbed the Apostle of Freedom, Levski ideologised and strategised a revolutionary movement to liberate Bulgaria from Ottoman rule. Founding the Internal Revolutionary Organisation, Levski sought to foment a nationwide uprising through a network of secret regional committees.

Born in the sub-Balkan town of Karlovo to middle class parents, Levski became an Orthodox monk before emigrating to join the two Bulgarian Legions in Serbia and other Bulgarian revolutionary groups. Abroad, he acquired the nickname Levski, "Leonine". After working as a teacher in Bulgarian lands, he propagated his views and developed the concept of his Bulgaria-based revolutionary organisation, an innovative idea that superseded the foreign-based detachment strategy of the past.

In Romania, Levski helped institute the Bulgarian Revolutionary Central Committee, composed of Bulgarian expatriates. During his tours of Bulgaria, Levski established a wide network of insurrectionary committees. Ottoman authorities, however, captured him at an inn near Lovech and executed him by hanging in Sofia, wikipedia.org states.

Levski looked beyond the act of liberation: he envisioned a "pure and sacred"Bulgarian republic of ethnic and religious equality. His concepts have been described as a struggle for human rights, inspired by the progressive liberalism of the French Revolution and 19th century Western European society. Levski is commemorated with monuments in Bulgaria, and numerous national institutions bear his name. In 2007, he topped a nationwide television poll as the all-time greatest Bulgarian.