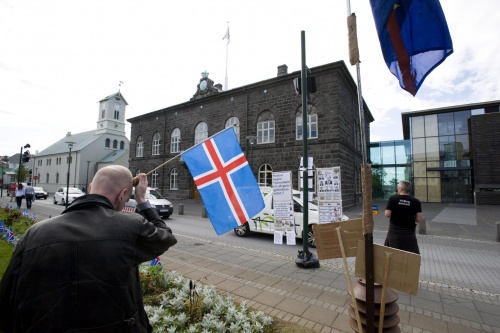 Iceland has moved to become a EU member after it was hit severely by the global financial crisis in the fall of 2008. Photo by EPA/BGNES

Iceland submitted Friday its formal application to become a member of the European Union.

The Iceland Ambassador in Stockholm deposited the country's application with the Swedish EU Presidency at the Foreign Ministry of Sweden, the BGNES news agency reported.

At the same time, the permanent representative of Iceland in the EU presented the country's application to the European Commission in Brussels.

Iceland submitted its application to join the EU only a day after its Parliament voted by a narrow majority in favor of this move.