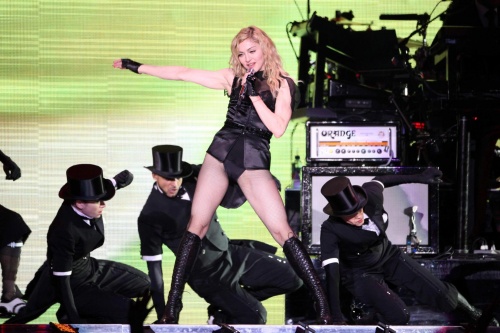 US singer Madonna performs during her concert at the Werchter Boutique festival in Werchter, Belgium, 11 July 2009. Photo by EPA/BGNES

Two people died and five were injured as the stage on which Madonna is supposed to perform her concert in the southern French city of Marseille.

One of the injured people has been hospitalized, and one of them is in a critical condition.

The accident happened as the stage was still under construction on the Velodrome Stadium, where the second of Madonna's two concerts in France is supposed to take place on July 19.

Madonna's first concert in France from her Sticky and Sweet Tour took place in Paris on July 9.