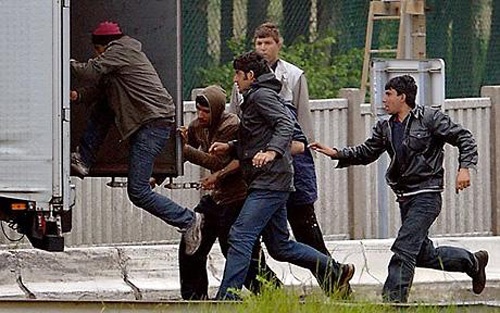 Bulgarian customs officers have discovered 42 illegal migrants in a truck carrying peppers at the Oryahovo border crossing in Northern Bulgaria.

When opening the freezer of the vehicle at border checkpoint with Romania, the police officers came upon a large group of "Asian emigrants", the Bulgarian daily Standart reported.

The truck with Bulgarian registration and owned by a Bulgarian company based in Blagoevgrad was hired by a Greek firm. The driver was a Greek as well.

A thorough checkout of the vehicle and it is alleged that the find was part of an organized channel for human trafficking. Recently the same truck had been crisscrossing the border checkpoint suspiciously often.

Most of the captured migrants were from Afghanistan; two of them were from Iraq. The passengers entered Bulgaria at Bulgaria-Greece border checkpoint on election day (July 5) without any difficulty.

All the people had applications from the Greek migration service. They have been moved to a bus to be transported to Greece later Friday as according to the Schengen agreement refugees should be returned to the country of their departure.