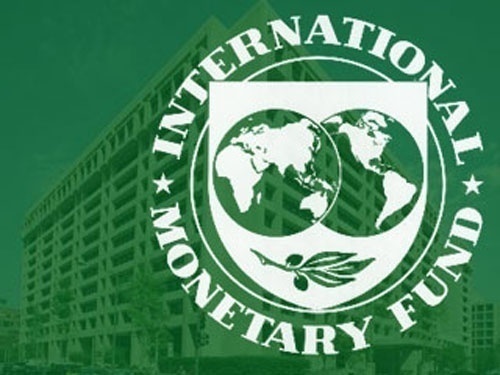 The opposition party of Sofia Mayor Boiko Borissov defeated the ruling coalition led by the Bulgarian Socialist Party in parliamentary elections on July 5, signaling "a significant change in Bulgarian economic policy," Shearing said in a phone interview from London.

"It is encouraging to see that a majority-winning government emerged from the elections and now they can start dealing with the crisis," Shearing said. "An IMF deal now is imminent, though there is not much they can do to prevent the economy from running into deep recession."

Borissov's GERB, or Citizens for European Development of Bulgaria, won 39.7 percent of the vote by pledging to root out corruption and drag the European Union's poorest country out of its worst economic slump in 11 years. He advocates taking a loan from the IMF and World Bank, similar to those given to Latvia, Romania, Hungary and Ukraine, to support Bulgaria's currency peg to the euro, a move the Socialist-led government rejected.

Ousted Prime Minister Sergei Stanishev, who led the Balkan nation into the EU in 2007, failed to stem graft, prompting Brussels to halt some subsidies in 2008.
Borissov has promised to restore access to EU aid.

Shearing forecast Bulgaria's economy to contract 5 percent this year and 4 percent in 2010. The economy shrank 5 percent in the first quarter, from the previous three months. Bulgaria has been entrapped by the economic slump that's sweeping across eastern Europe as credit is frozen and investment dries up.

The lev is tied to the euro in a currency board system, which bans central bank lending to the government and requires that lev in circulation be matched by foreign currency reserves. The system was imposed in 1997 after a banking crash. The peg prevents the Balkan nation from improving its competitiveness by devaluing the lev, he said.

An IMF loan "should ease pressure on the currency board in the short term," Shearing said. "It will not prompt a quick recovery in the real economy."

Bulgaria ships 60 percent of its exports to the recession- hit EU. With plummeting exports, many Bulgarian companies had to halt production and lay off workers.

The central bank rejects devaluation, saying the country's reserves of billion is enough. It counts on an "internal devaluation" by forcing down domestic wages and prices, which will weaken domestic demand, trigger deflation and prolong recession, Shearing said.

"The outcome of the election is, on balance, market friendly and any deal with the IMF is likely to allay fears of an immediate financial crisis," Shearing said. Though "it will not prompt a quick recovery in the real economy."