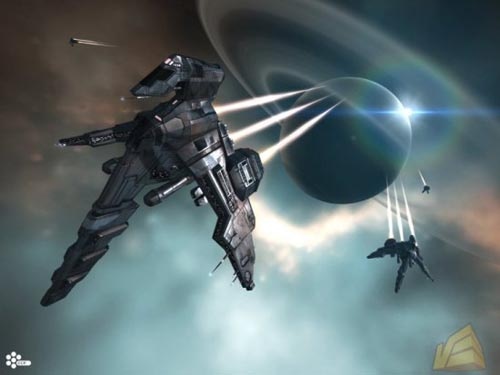 One of the game's biggest financial institutions lost a significant chunk of its deposits as a huge theft started a run on the bank.

One of the bank's controllers stole about 200bn kredits and swapped them for real world cash of GBP 3 115.

As news of the theft spread, many of the bank's customers rushed to remove their virtual cash.

The theft from EBank took place in early June but only now have details emerged about the amount of money stolen and why it was taken.

The theft was carried out by EBank's chief executive, a player known as Ricdic, now known to be a 27-year-old Australian who works in the technology industry. His full identity has not been revealed save that his first name is Richard.

The stolen kredits amounted to 8% of the 2,6tn that Ebank had in its virtual vaults.

Eve Online has about 300 000 players all of whom inhabit the same online universe. The game revolves around trade, mining asteroids and the efforts of different player-controlled corporations to take control of swathes of virtual space.

It has now emerged that Ricdic used the cash to put down a deposit on a house and to pay medical bills.

World » Be a reporter: Write and send your article
Tags: Eve Online
Advertisement
Advertisement
Expats.bg All Are Welcome! Join Now!
More from World