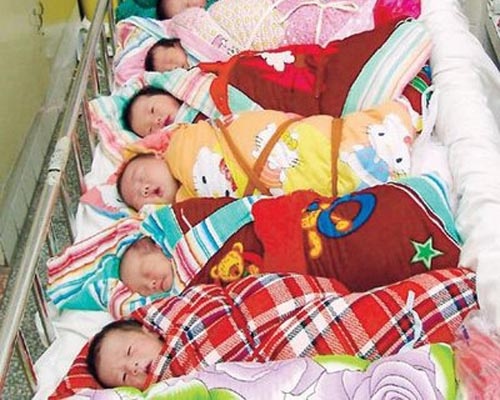 Dozens of baby girls in southern China have reportedly been taken from parents who broke family-planning laws, and then sold for adoption overseas.

An investigation by the state-owned Southern Metropolis News found that about 80 girls in one county had been sold for USD 3 000.

The babies were taken when the parents could not pay the steep fines imposed for having too many children, the BBC reported.

Local officials may have forged papers to complete the deals, the report said.

Parents in rural areas are allowed two children, unlike urban dwellers who are allowed one.

But if they have more than that, they face a fine of about USD 3 000 - several times many farmers' annual income.

Nearly 80 baby girls in a county in Guizhou province, in the south of the country, were confiscated from their families when their parents could not or would not pay the fine, Southern Metropolis News said.

The girls were taken into orphanages and then adopted by couples from the United States and a number of European countries.

The adoption fee was split between the orphanages and local officials, the newspaper said.

Child trafficking is widespread. A tightening of adoption rules for foreigners in 2006 has proved ineffective in the face of local corruption.