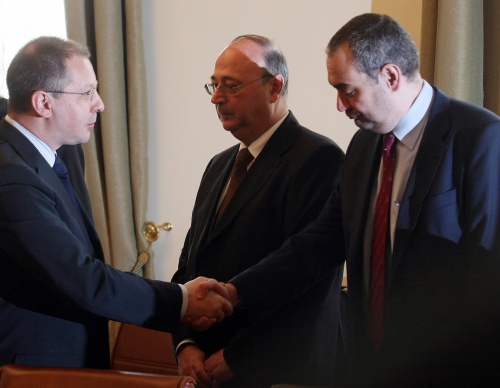 The thieves attacked the "Toyota Landcruiser", which was parked before Sertov's home, at night and managed to unlock it but left when they failed to start it, the 24 Chasa Daily reports.

The incident happened in the middle of last week but Bulgaria's Interior Ministry has not made the case public.

The car thieves probably knew to whom the jeep belongs since they managed to unlock it with a special key. The Interior Ministry claims that none of Sertov's belongings had been stolen from the jeep.

The police have been searching for the daring thieves but to no avail. The car of the DANS Director has a special license plate with fake numbers in order to prevent anyone who somehow gets unregulated access to the Traffic Police computers from finding out who its owner is.