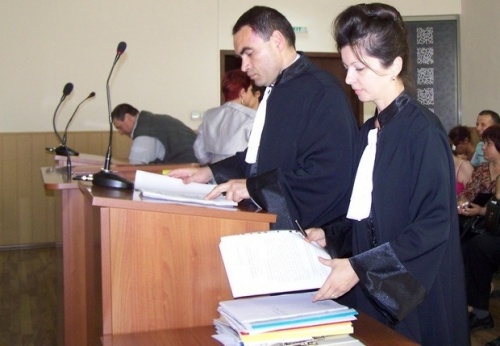 The District Court in the city of Plovdiv requested Tuesday a new expertise in the вЂњKrichim PalaceвЂќ case and postponed the trial to October. Photo by DarikNews

The District Court in the city of Plovdiv decided Tuesday to postpone for October the so-called "Krichim palace" ownership case.

Bulgaria's former Tsar, Simeon Saxe-Coburg, and his sister Maria Luisa seek to regain ownership on the former Krichim royal residence, and were hoping to hear the decision of the Court on the issue within a month.

The Court was expected to give a clear indication of how they would rule as early as Tuesday, which happens to be Simeon's 72nd birthday.

During its Tuesday session the District Court in Plovdiv heart expertises dealing with the renovations of the buildings on the territory of the residence, and was presented with a combined sketch of the farming lands prepared by an expert engineer-surveyor.

The Court admitted the expertises, but requested a new one dealing with the appraised value of the property.

The trail was postponed for October 6 when all expertises are expected to be admitted as evidence.

According to a publication in the Bulgarian daily "Trud" (Labor), the surveyor's conclusion was that from the 371 decares of farming lands contested by the royal family, only 9 were included within the limits of the so-called palace.

In the mean time, one attorney from the Coburg defense council, stated after the trial that their side has been extremely pleased with the Tuesday session because two of the expertises admitted by the magistrates were an indisputable proof the contested properties were built on the palace's land during the reign of Simeon and Maria Luisa's father - Tsar Boris III.

The civil case is the first legal trial for the restitution of royal property, which was launched after regional governor Todor Petkov refused to restore the Krichim residence to Simeon-Saxe Coburg and Maria Luisa.

The governor claimed that the papers they provided to prove rightful ownership of the land do not coincide with the data in the municipal archives.

The former Tsar, who was forced to flee in 1946 after the communist takeover, returned to Bulgaria in the late 1990s, when the family property was handed back.

He then won the parliamentary polls in 2001 on the strength of his name alone in his first foray into politics, making some audacious promises in the process.

He spent four years as Prime Minister, failing to deliver on most of them, but his party still managed to win enough votes to become an important force in the current legislature and part of the ruling coalition.