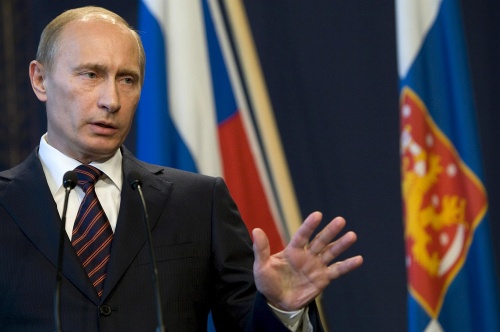 Russia's PM Putin warned Wednesday in Finland Russian gas supplies for Europe might be cut off again end of June. Photo by EPA/BGNES

The Ukrainian government is negotiating with Russian banks for loans in order to pay for the Russian natural gas the country received in May 2009.

The news was announced by the Ukrainian Presidency as cited by BGNES.

The Ukrainian state-owned gas company "Naftogaz" is in a bad financial condition, and this has forced it to negotiate for loans with all possible partners, according to Bogdan Sokolovski from the Naftogaz management who did not reveal the names of the potential creditors but said the Ukrainian company had only 20% of the funds it was supposed to pay for the Russian natural gas delivered in May.

The deadline for the payment is Sunday. Sokolovski, however, reminded that in the recent months Naftogas usually secured the money for the monthly payments about 36 hours before the deadline.

Russia's PM Vladimir Putin said Wednesday in Helsinki that Russian gas supplies for Europe through the Ukraine might be terminated complete at the end of June if the Ukraine failed to pay its dues.