Russia to Grant Bulgaria EUR 3,8 B for Belene Nuclear Plant 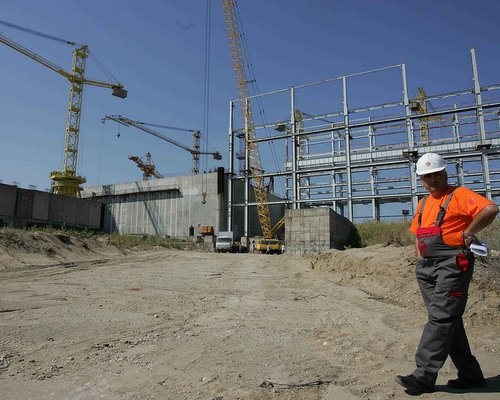 RWE and NEK are supposed to finalize the deal for the creation of a joint company to realize the Belene Nuclear Power Plant project by the end July. Photo by BGNES

Russian Prime Minister, Vladimir Putin, has given the green light to a EUR 3,8 B loan for the construction of Bulgaria's second nuclear power plant at Belene.

The lead project supervisor from the Bulgarian Energy Holdingthe, Ivan Atanasov, broke the news on Thursday, adding that the loan conditions are still to be negotiated.

"Before the money is granted a company between the Belene NPP shareholders, National Electric Company, and the German contractor, RWE, must be established. All participants in the project, including the structuring bank, BNP Pariba, agree with the Russian loan", Atanasov explained.

RWE and NEK are supposed to finalize the deal for the creation of a joint company to realize the Belene Nuclear Power Plant project by the end July.

In late October 2006, the Bulgarian National Electric Company approved the offer of the Russian Atomstroyexport, the French Framatome (Areva), and the German Siemens for the construction of the Belene NPP using third-generation VVER-1000/V-446B reactors.

In December 2008, NEK and RWE signed the contract with which the German company was selected as a strategic investor in the Belene Project.

Under the contract, RWE will receive a share of 49% of the Belene plant in exchange for a capital payment of EUR 1,275 B, a premium of EUR 550 for NEK, and a loan of EUR 300 M for the purchase of equipment and other expenditures.

Thus, RWE will be providing more than EUR 2 B, which is more than half of the cost of the project, which is estimated at EUR 4 B.