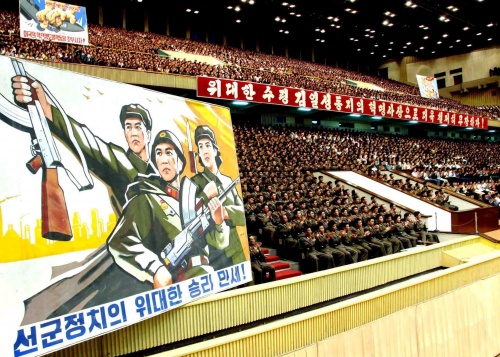 Tens of thousands of residents gathered to celebrate the second successful nuclear test by North Korea at the Pyongyang Indoor Stadium, Pyongyang, North Korea 26 May 2009.

Russia's Ministry of Defense has denied the initiation of any preparatory or mobilization measures over a potential armed conflict, including a potential nuclear war, on the Korean Peninsula

The Spokesperson of the Ministry formally disproved any allegations that Russia has alerted its armed forces over the rising tension in East Asia after North Korea recently carried out a nuclear test, BGNES reported.

The statement came in response to reports by leading international information agencies citing Russian military sources that North Korea's actions threatened the security of the Russian Far East, which called for preparatory measures in case of an armed conflict on the Peninsula.