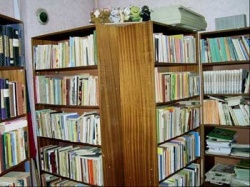 900 Bulgarian libraries will be equipped with computers by the Bill & Melinda Gates Foundation over the next 4-5 years.

The news has been announced by the Bulgarian representatives of the Global Libraries Program of the Gates Foundation as cited by Darik Radio.

The first working meeting on the application process already took place in the southern Bulgarian city of Plovdiv, and 27 more such meetings are scheduled to take place all over the country in the coming weeks.

The same program has already been realized successfully in two other Eastern States, Latvia and Lithuania.

Bulgarian libraries, who are most often part of the so called "chitalishta" (cultural community centers), are supposed to submit their application form for the project before July 27, 2009.