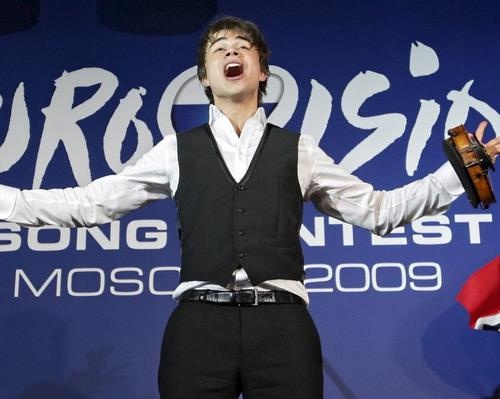 The 23-year-old Alexander Rybak from Norway has won the 54th edition of the Eurovision Song Contest with his song "Fairytale".

Rybak, who is an ethnic Belarussian who grew up outside Oslo, received the record 387 points at the 2009 Eurovision competition in the Russian capital Moscow.

Another Nordic country, Iceland, came second with singer Johanna (Yohanna) Gudrun Jonsdottir winning 218 points with her song "Is It True?"

Azerbaijan's AySel & Arash, came in third with 207 points with their song "Always".

Norway's Alexander Rybak brings Eurovision home for the third time after Norwegian victories in 1985 and 1995. The 2010 Eurovision Song Contest will be taking place in Norway.

Rybak's winning song "Fairytale" has been inspired by Russian and Norwegian folk music. The song was composed and written by Rybak himself. The song is performed with the modern folk dance company Frikar.

With his 387 points Rybak has broken the previous record of 292 points scored by Finland's band Lordi in 2006.

Moscow is reported to have spent USD 42 M on the five-day Eurovision Song Contest, making it the most expensive competition in Eurovision's history.