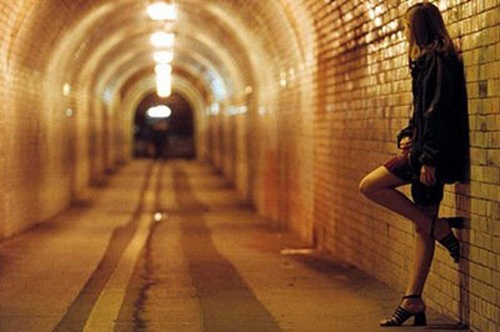 16 prostitutes just from the Bulgarian city of Pazardzhik, allegedly, worked the streets of the city of Nimes from 2002 and 2005; the same happened in Montpelier. Photo by ibox.bg

A Court in Marseille, France began Tuesday the trial against six Bulgarian pimps, allegedly, members of a large prostitution ring that was busted in 2007.

The huge network was controlled from the Bulgarian city of Pazardzhik, Judge Patrick Ardid told the Court. Its ring-leader is Vasil Telbizov, who was arrested in 2003 and sentenced to five years behind bars in Bulgaria, but continued to manage the prostitutes' trafficking from jail.

"There is not even one pimp, who can send a prostitute to work in France without Telbizov's knowledge," one of the prostitutes said, cited by "Midi Libre."

Numerous police investigations reveal that Telbizov is one of the most influential pimps in Europe with a total of 181 girls working for him since 1999.

Last summer Telbizov was extradited to France and will also stand trial in Marseilles before the end of 2009.

The affair, according to "Midi Libre", began to unfold in the night of August 25, 2004 when three young women were robbed at gunpoint in a motel in the town of Gard. The incident opened the door to French police to begin pocking into the deep secrets of the girls from Eastern Europe, who for years now inundate Europe's sidewalks. The police started listening to phone conversations, following the girls and the money channels.

16 prostitutes from Pazardzhik worked the streets of the city of Nimes from 2002 and 2005; the same happened in Montpelier. The system was built on a foundation of the first several girls to arrive in France; they were given the authority to monitor the other prostitutes and to send the money to Bulgaria. One of the people, in charge of the money transfers, who were, allegedely, mostly Bulgarian drivers, is quoted as saying that "there were over 200 mail boxes like him in Pazradzhik only."

"Such mail box received a payment for his services of EUR 2 500 via money wires in a country where the monthly salary is EUR 200," "Midi Libre" writes, adding EUR 2,5 M were transferred from France to the "small Bulgarian town." (Pazardzhik)

One of those "girls in charge", Mariya Makedonska, was arrested in May 2006 at a toll booth on the Grand-Gallargues highway. She later admitted being a prostitute since 2002, working in Spain, Austria and France.

Mariya was sentenced in Marseille in August 2008 to 30 months in jail, the Bulgarian information agency, BTA further informs.

Another Bulgarian from the Telbizov network was arrested in August 2006 in Perthus while taking three girls, one of whom a minor, to a brothel in Jonquera.

In July 2007, a Marseille judge issues twelve arrest warrants, all for Bulgarian nationals. All have been detained in the following months.

The six Bulgarians, whose trial began Tuesday, deny all accusations. One of them, identified by "Midi Libre" as Miroslav, who previously admitted to the police he was receiving EUR 1 500 per day from Telbizov's people, also denies the charges.

When Miroslav, allegedly, expressed alarm before the other Bulgarian criminals about the large amounts of money, passing through the prostitution channels, he was told: "Don't you worry. We have bought the police and the magistrates," "Midi Libre" claims.