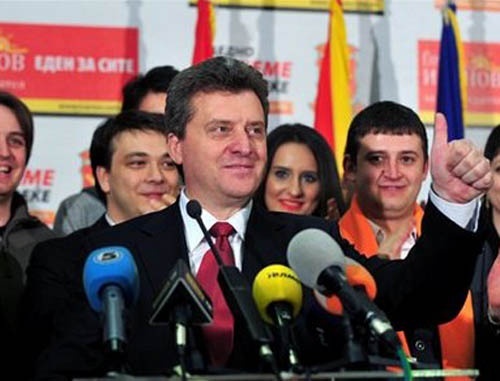 Macedonia's newly elected President, Gjorgje Ivanov, was inaugurated Tuesday with a special ceremony in the Parliament in Skopje.

"I will be the President of all Macedonians, and will work for a rich and strong Macedonia, which will be integrated in the international community of free and democratic states", Ivanov vowed.

Despite these statements, the ceremony was boycotted by the Democratic Party of Albanians.

Ivanov did emphasize his priorities for his five-year term, placing as the number one priority the establishment of trust and friendship among all Macedonian citizens in order to boost the model of an open and multicultural society that today's Macedonia is.

The fourth President of the Former Yugoslav Republic of Macedonia also vowed to work for the country's accession to NATO and the EU.

"We have always been and we will always be neighbors", Ivanov said regarding Greece while stating that he would pay a special attention to the Macedonian-Greek relations, and would conduct a good neighbor policy towards all neighboring countries.

The inauguration ceremony in Skopje was attended by the Presidents of Serbia, Montenegro, Croatia, and Albania. The Presidents of Bulgaria and Greece had also been invited but the two states were represented by their ambassadors.