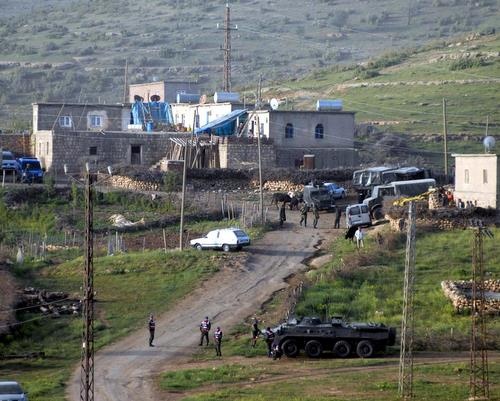 According to the Turkish authorities, the casualties, which included the bride and groom, were slain while many of them were praying. Photo by BGNES

Forty-four people were killed Monday during an attack on a wedding party in Turkey's southeastern Mardin province.

According to the Turkish authorities, the casualties, which included the bride and groom, were slain while many of them were praying, CNN reported.

Three others were injured and eight people were detained in the attack sparked by a feud between families, Interior Minister of Turkey, Besir Atalay, said.

The assailants attacked the party in the small village of Bilge with bombs and automatic weapons, according to the Cihan news agency.

With only 32 households in the village there were too many victims to fit into the local morgue, authorities said. Some of the victims had the same last name, Celebi, as the suspects who were detained, Atalay added.

The chief and the former chief of the village were among those killed in the attack, the agency added.

Police have blocked access to the village while they conduct their investigation.