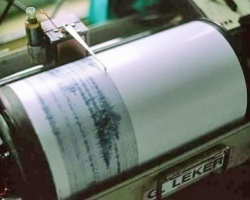 The 5.3 earthquake Saturday evening reportedly caused panic in many northern Bulgarian cities, sending scores of people on the streets.

The earthquake was felt strongly in northern Bulgaria at 20:18 pm. The epicenter is in the Vrancea area, where a major fault line caused dozens of quakes in recent years.

The quake lasted about 30 seconds. Mobile phone services have been interrupted for a short time.

The earthquake was felt in Dobritch, Pleven, Belene, Svishtov, Kozloduy, Nikopol, Silistra, Veliko Tarnovo, among others.

In the Black Sea city of Varna the shock was felt only slightly and only on higher floors.