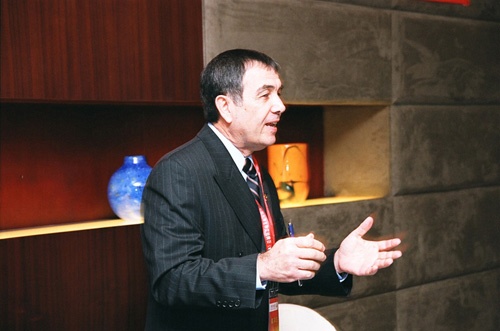 Cypriot doctor, Panayiotis Zavos, has allegedly cloned 14 human embryos and implanted them into the wombs of four volunteers.

Zavos was filmed allegedly carrying out the procedure by an independent documentary maker in a secret laboratory in the Middle East, the UK Daily Telegraph newspaper reported Thursday.

If the highly controversial claim is true then the American, who was born in Cyprus, has broken the greatest taboo in science.Cloning a human embryo is illegal in many countries.

Zavos said the women, including at least one from the UK, were genuinely hoping to become pregnant with a cloned child, but the experiment did not work.

However, he insists his attempt was the first chapter in a serious attempt to produce a baby cloned from the skin cells of its parent.

However, the women volunteers, three who were married and one single, were apparently not "ideal subjects", and so they all failed to become pregnant.

Dr Zavos, who has fertility clinics in America and Cyprus, says he has cloned embryos of three dead people, including a 10-year-old girl called Cady, who died in a car crash in the US.

Dr Zavos says he is hoping to help women overcome their infertility by using a similar technique to the one that was used to clone Dolly the sheep in 1996.

However, most experts believe it is still too dangerous to be used as a form of human fertility treatment. It is also widely criticised as ethically unsound.