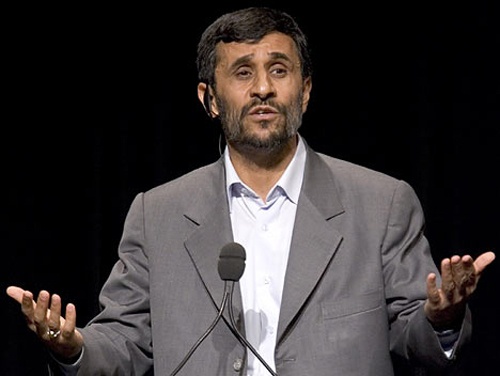 Iranian President Mahmoud Ahmadinejad is the only major leader to accept an invitation to the UN racism conference in Switzerland. Photo by dailymail.co.uk

A controversial UN conference on racism is due to begin in Geneva, amid concern it could become an anti Jewish forum.

Israel has recalled its ambassador to Switzerland "for consultations" amid ongoing controversy over an anti-racism conference being held in Geneva.

Several countries, including the US, Australia and Germany, are also boycotting it. But France and the UK will attend.

Iran's president, who has denied the Holocaust, is to address the meeting, a follow-up to a 2001 UN forum in Durban that ended in acrimony.

UN human rights chief Navi Pillay has said she was "shocked and deeply disappointed" by the boycotts.

The UN's first conference on racism in the South African city of Durban eight years ago was marred by anti-Semitic comments from some non-governmental organisations.

There was also an unsuccessful attempt by some states to equate Zionism with racism.

Now, many Western countries are uncomfortable with the address by Iranian President Mahmoud Ahmadinejad, the only major leader to accept an invitation to the forum.

The five-day Durban Review Conference in Geneva - or Durban II - is the UN's first global racism conference in eight years. It will be opened by UN Secretary-General Ban Ki-moon.

The Pope has also spoken out in favour of the conference, saying it was an opportunity to fight discrimination and intolerance.

The draft final declaration, which has been causing much heated debate, has been watered down to remove all references to Israel and the Middle East.