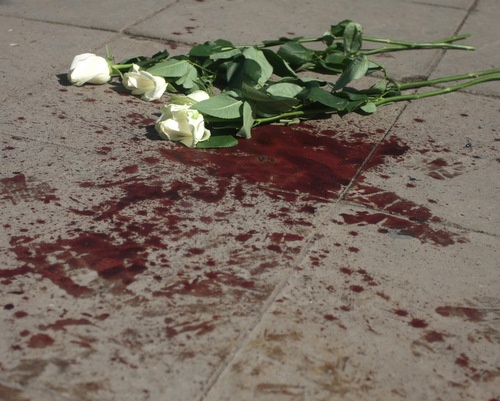 21-year-old Vasil Naskov Alexantrov, and 24-year-old Kiril Vazharov took part in a fight between tho allegedly drunk groups of young people in front of "Solo" club in downtown Sofia around 4 a.m. Saturday. Photo by BGNES

The two boys, who were stabbed to death in Bulgaria's capital Sofia downtown early on Saturday, were a forger with a criminal record, and a national hockey team goal keeper.

21-year-old Kiril Vazharov, and 24-year-old Vasil Naskov Alexantrov took part in a fight between tho allegedly drunk groups of young people in front of "Solo" club in downtown Sofia around 4 a.m. Saturday, police officials reported. Both men were hit dead in the back, while trying to get away from the fight.

Alexandrov has a criminal record for forging documents. Vazharov is a goal keeper for Bulgaria's national hockey team.

A third boy was wounded in the fight. He was immediately taken to to Sofia Institute for Emergency Medicine "Pirogov", and there is not threat for his life.

The police have already started an investigation. There are security camera records of the suspect, officials said.