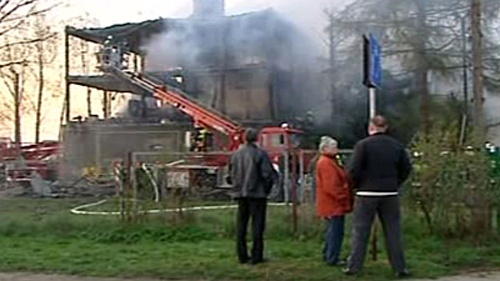 At least 21 people have been killed in a fire at a hostel for homeless people in north-western Poland, officials say.

Another 20 were injured in the blaze in the town of Kamien Pomorski, 60km east of the border with Germany, which began in the middle of the night.

Many of the injuries were sustained as residents jumped from upper floors of the three-storey building, the BBC reported Monday.

At least 77 people were staying at the hostel, waiting for the local authority to provide them with housing.

Emergency teams are now sifting through the wreckage of the building. The cause of the blaze is not yet known.

Prime Minister Donald Tusk has broken off his Easter holiday to fly to Kamien Pomorski to see the scale of the damage and determine what help is needed.

A government spokesman said it would ensure that none of the survivors were left without a roof over their head.

One of the injured is in a serious condition. Many, including one child, are suffering from burns and the effects of smoke inhalation.

"The fire spread at an incredible speed," Daniel Kopalinski, a member of the local emergency services told Poland's TVN24.

"Firefighters had to catch children thrown through windows by their parents," he added.

Officials said not all of those registered as residents of the hostel had yet been accounted for, and that the death toll might still rise.