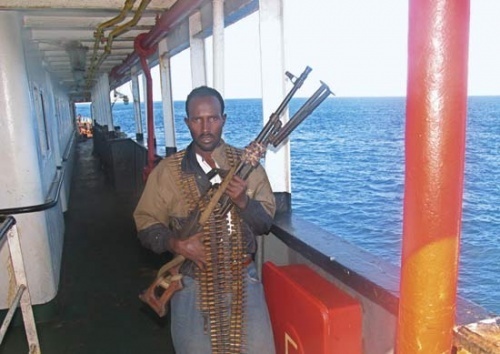 Bulgarian Transport Minister, Petar Mutafchiev, has reported that the Bulgarian government is finding it difficult to deal with the Somali pirates.

Mutafchiev stated, that because the Malaspina Castle was not sailing under a Bulgarian flag, negotiations for the release of the 16 Bulgarian sailors on board have been difficult to conduct, Darik Radio reported Sunday.

The Somali pirates who hijacked the UK-owned ship Malaspina Castle have started negotiations for ransom with its owners.

Keremidchiev said the amount of the demanded ransom was known but declined to announce it. He pointed out that the pirates usually demand money for the release of the ship and its load, and have no demands for the crew.

Malaspina Castle was hijacked on April 6 in the Gulf of Aden. It is UK-owned, run by Italians and sails under a Panamanian flag. 16 of its 24-member crew are Bulgarians, and the rest include Russians, Ukrainians, and Filipinos.