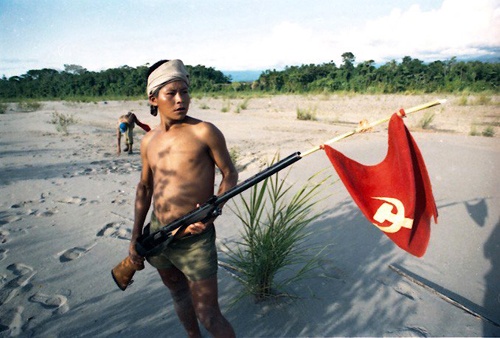 Araoz said the rebels had used dynamite and grenades to attack one military patrol. A captain and 11 soldiers died in that attack which left two other soldiers wounded and one is still missing.

It is one of the deadliest operations by the once-formidable guerrillas in the past decade, the BBC reported.

Araoz said the incidents had taken place on Thursday, but news had been delayed by poor communications with the region.

"Most of the soldiers plunged over a cliff," he added, without giving further details.

Prime Minister Yehude Simon condemned the ambushes as "desperate responses by the Shining Path in the face of advances by the armed forces".

"I have no doubt that in the next years this zone will be free of leftover terrorists," he added.

Both attacks occurred in the same area of the Ayacucho region, 550km south-east of the capital, Lima. In the first ambush, one soldier was killed and at least three were wounded.

Last year, the Shining Path sprang back from relative obscurity to launch a series of deadly attacks, killing some 25 soldiers and police officers in ambushes and gun battles.

But the group is believed to be a fraction of its former size and is split between two cocaine-producing zones of Peru, some 500km apart.

It is made up of a few hundred guerrillas who did not lay down their arms when the group's leader, Abimael Guzman, declared the armed revolution at an end after his capture in 1992.

Its fighters are considered expert in guerrilla warfare from years of resistance in some of Peru's remotest and wildest country and are well-armed from the profits of the cocaine trade.