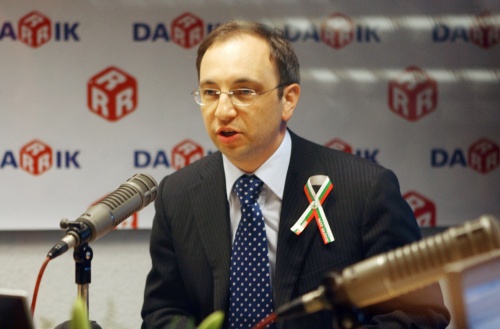 BulgariaвЂ™s State Administration Minister, Nikolay Vasilev, and the Ministry are being investigated for misuse of funds. Photo by Sofia Photo Agency.

The news was announced Thursday by the Sofia Deputy Prosecutor, Roman Vasilev, who confirmed his office had issued an order to the State Agency for National Security (DANS).

Several Members of the Parlaiment (MPs) had alarmed the Prosecutor's Office about violations at the Ministry.

The domestic health strategy was prepared in 2007 instructing the Health Ministry and the National Health Insurance Fund to prepare a health portal and later create electronic health records for all Bulgarians.

According to the MPs, the Administration Ministry and Minister Nikolay Vasilev had committed violations by initiating a similar project for 40,000 State employees involving funds in the amount of BGN 1,8 M for a health portal, electronic health records, which still contain no data, and consumables.

In the mean time, the other project, which would benefit all Bulgarians, is lacking just BGN 100,000 in order to be completed, according to the MPs.