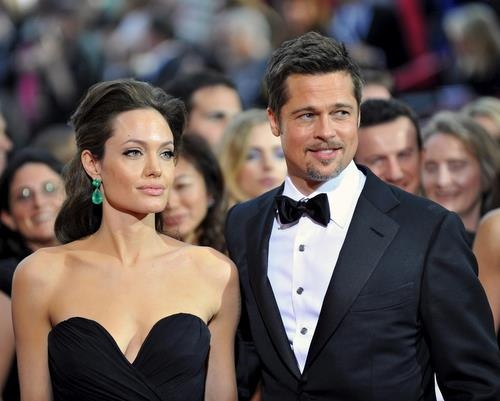 The two celebrities has been dating since 2005, and are raising six children together. Photo by BGNES

American movie actor Brad Pitt has reportedly told his girlfriend Angelina Jolie he will not have any more children with her unless she agrees to marry him, US magazine OK! announced.

The two celebrities has been dating since 2005, and are raising six children together.

"Brad's told her, ‘Marry me, or it's over'. He definitely wants to get married before they have any more babies", a source told the 'OK!' magazine.

Brad, who was previously married to Jennifer Aniston, is said to be worried that Angelina is spending very little time with him and her kids. He is currently staying in New York with their children in order to be closer to Angelina, who is filming new spy movie ‘Salt' there.