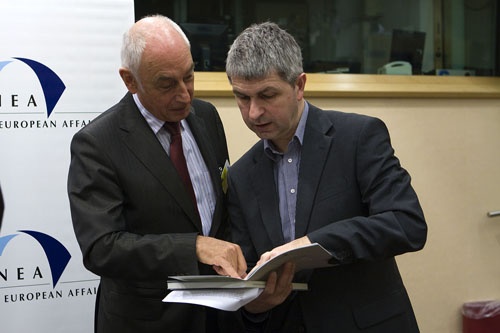 Professor Jurgen Gramke, Board Chairman of the Institute for European Affairs in Dusseldorf, has said that Europe needs a strong Bulgaria.

Gramke stated in an interview for the Bulgarian daily Standart newspaper that he supports the Bulgarian governments request for outside assistance from European experts.

"This is an excellent idea, but I wonder if it could be efficiently applied. I can give examples of what happened in other countries. If we look at the Unification of Germany, we will see that the Eastern provinces would have never developed as successfully as they did, if it weren't for the Western experts." he said.

Gramke added that one of the negatives he can see from the idea is that the experts "fees highly exceed the average salaries in Bulgaria and this could turn into a source of public tension."

He continued that he was "a little bit disappointed that little attention is paid to the fact that Bulgaria started from the deepest of bottoms and to what a progress it has made."

When asked what Bulgaria can improve on he concluded, "My greatest recommendation to the Bulgarians is to be more self-confident. From a purely egoistic point of view, Europe needs a strong Bulgaria, which could be a leader in Southeastern Europe."