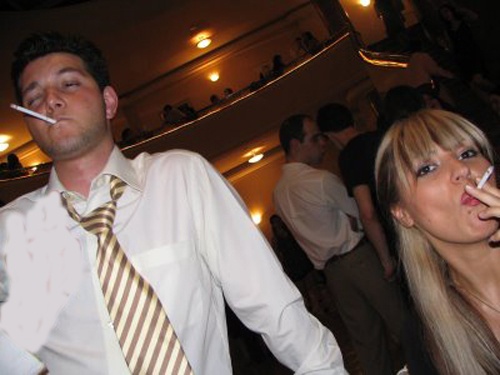 Bulgaria ranked second in the Eurobarometer pool on adult smokers. Photo by blogspot.com

European statistical service Eurobarometer has reported that Bulgaria ranks second highest in the EU for the percentage of adult smokers.

The Eurobarometer poll carried out between December 13 and 17, 2008 found that 39% of Bulgaria's adult population smoke regularly or occasionally, BTA reported.

The ranking list is headed by Greece, where smokers represent 42 % of the adult population.

Slovenia with 22% and Sweden with 26% of smokers are at the bottom of the list. A total of three out of 10 Europeans aged over 15 are smokers, Eurobarometer data also showed.

About 46% of EU citizens have never smoked.

Over 26,500 randomly-selected citizens aged 15 years and over were interviewed for the poll in the 27 EU Member States and in Norway.