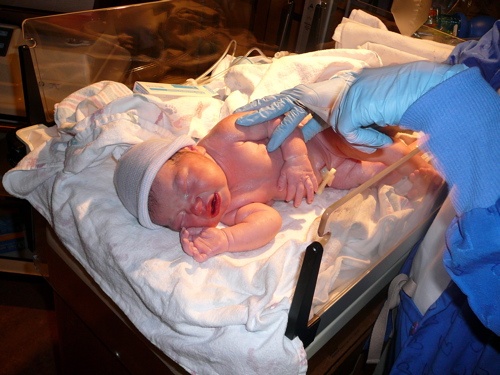 Every fifth baby in Bulgaria will not know who its father is. Photo by z.about.com

The National Statistical Institute has announced that the father of every fifth child born in Bulgaria is unknown.

The mothers of twenty percent of the babies born in 2008 put their names on their babies birth certificates and left out the name of the father.

Over sixteen thousand Bulgarian children have never seen their biological fathers. This information is taken from a survey of demographics in Bulgaria last year, presented by the NSI late Wednesday.

"About 51% of the children born in Bulgaria last year are illegitimate," said Yordan Kalchev, head of the Demographic Statistics Department at the NSI, cited by Standart daily newspaper.

He explained this phenomenon with the falling number of marriages in Bulgaria. The number has fell by 2 000 in 2008 year on year.

"However, this does not mean that the Bulgarians do not make families. NSI data showed that many couples prefer living together without entering in matrimony. They usually decide to get married when their first child is born.

The average age at which Bulgarian women become mothers for the first time is 25,4 years and marriage usually comes a year later.

On this score Bulgaria is catching up with a number of European countries including Greece, Romania, Poland, Latvia, Slovakia and Switzerland.

At the same time Bulgaria is ahead of European countries with higher GDP, such as Germany, Austria, Italy and Lithuania. However, Bulgaria is still far behind the EU leaders in birth rate - Ireland, France and the UK.