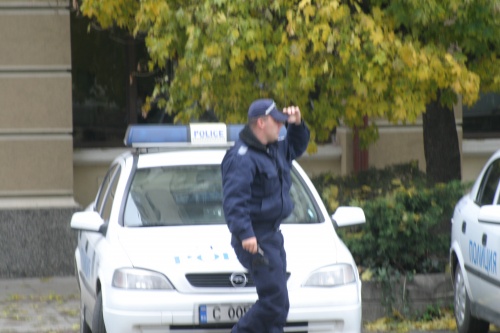 A prominent lawyer from Veliko Tarnovo was found dead in his garage, not far away from his house Wednesday. Photo by Sofia Photo Agency.

Petar Lupov, a well-know lawyer from the Bulgarian city of Veliko Tarnovo was shot dead Wednesday.

Lupov was killed in his garage, not far away from his house, on the Veliko Tarnovo's "Bulgaria" boulevard.

The lawyer was found dead in his automobile.

There have been two previous attempts on Lupov's life in the summer of last year. The lawyer was attacked and beaten in his office by a unidentified assailant in July while just one month later his car was set on fire and totaled.

Lupov's name is connected with the defense team for a group of shareholders of the former "Trakya Bank" - Plovdiv against the DZI Bank.