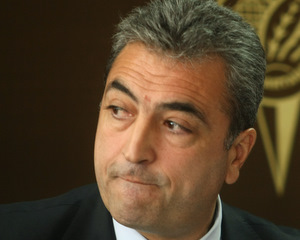 Bilarev further pointed out that the new prices were not even as high as the current market situation dictated, but added Bulgartabac would try to maintain them as long as possible. The CEO explained that many competitors have listed prices but were celling cigarettes at different ones, thus stirring a market war.

Bilarev was adamant that the company is stable and no money has been drained from it. Monday, Lidia Shuleva, from the opposition Bulgarian New Democracy Party, claimed that Bulgartabac was being systematically drained.

Shuleva based her claims on data revealing that since 2006 the company had sold cigarettes in the amount of nearly BGN 260 M, which never entered the company accounts and books. The above sum, allegedly, was presented as uncollected clients' payments. In 2008, Bulgartabac had BGN 290 M profits from cigarette sales, while in 2006, the uncollected payments were only in the amount of BGN 11 M and profits were listed as BGN 301 M.

Bilarev said Tuesday that such examples were taken out of the context and were having negative influence at the the crucial time when the holding is in the process of being privatized.

Bulgartabac's share of the country's cigarette market is about 60%.