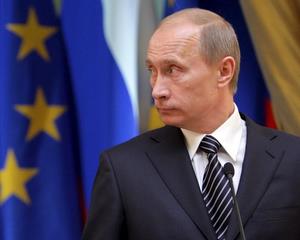 Russian Prime Minister Vladimir Putin warned Ukraine over gas supplies might be cut if Ukraine did not pay for Russian gas until March 7. Photo by BGNES

Russian Prime Minister Vladimir Putin warned the Ukraine that gas supplies might be cut if they do not pay for Russian gas before March 7.

"If this payment is not made as a result of the recent operations and arrests of some officials, it will lead to a suspension of the supply of our fuel both to consumers in Ukraine and to our consumers in Europe," Putin told the Russian government on Thursday, as cited by the Kyiv Post.

Putin explained that Gazprom's attempts to get official information on this issue were not yielding any results.

"We are seeing the events taking place in Ukraine solely as an internal affair of Ukraine. At the same time, we cannot but point out the possible negative consequences for energy supplies to consumers in Ukraine and Europe" Putin said.

A dispute over payments caused a two-week cutoff in the beginning of January 2009 of Russian gas to many European countries, among which was Bulgaria.