Half of Bulgarians Do Not Plan to Vote in EP Elections 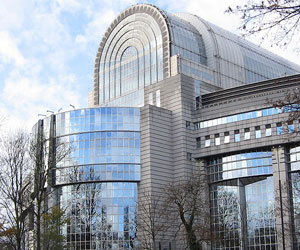 Only 33% stated they were going to vote while the rest have not yet decided.

The Agency's coordinator Nikolay Nikolov stated that Bulgarian voters still see European institutions as something far way and not connected to Bulgaria.

The poll also shows that if elections were to be held now, five Bulgarian political parties would be able to send MEPs to Brussels. They include the Citizens for European Development of Bulgaria Party (GERB), the Bulgarian Socialist Party (BSP), the ethnic Turkish Movement for Rights and Freedoms (DPS), the nationalist "Ataka" party and the Mouvement "Forward."

The results reveal that GERB and BSP would have four or five EP seats, DPS - three to four, "Ataka" - three and "Forward" two.

The DPS supporters were the most motivated to vote, Nikolov said, adding that 95% of them have stated that they were for sure going to vote.

The poll also showed that a coalition between GERB and BSP is highly unlikely.