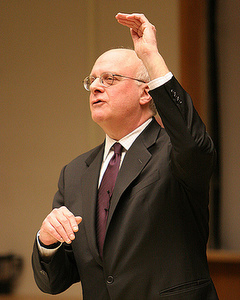 The former top US diplomat, Robert Gelbard, shown here during a speech at Cornell University in 2007. Photo by flickr.com
Robert S. Gelbard was born in New York City in 1944. He has a B.A. (history) from Colby College and M.P.A. (economics) from Harvard University.

In the Clinton Administration, he held the office of Assistant Secretary of State for International Narcotics and Law Enforcement Affairs.

He was also an envoy to the Balkans. In the Spring of 1998, he met with Serbia's President Slobodan Milosevic, and warned him about NATO's possible use of military force against Serbia.

In 2007 and 2008, Robert Gelbard was actively involved with the elections campaign of the Democratic Party US President Barack Obama, advising him and his team on international affairs including counter-terrorism efforts, intelligence, the Balkans, Latin America, Asia, Europe, and acting as a surrogate by giving speeches at campaign rallies.

Later, Robert Gelbard also served on the Transitional Team of the then US President-elect Barack Obama.