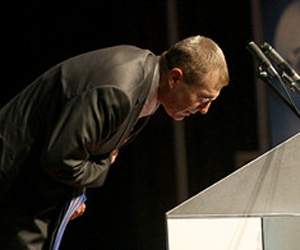 At the end of 2008, FBI agents have submitted many documents supporting their claims that Kovachki was guilty of fraud.

Hristo Kovachki was recently ranked by the Polish magazine Wprost as Bulgaria's second richest man with a fortune of USD 700 M.

Kovachki owns the Bulgarian Energy Company, with 70% of the Atomenergoremont Company, known best as the contractor hired to repair and maintain the facilities of the Kozloduy Nuclear Power Plant.

On November 12 2008, police raided 17 of the offices of the energy businessman, and seized accounting documentation and other evidence, accusing him of tax evasion.

The Sofia City Court imposed the record for Bulgaria BGN 300,000 bail, which Kovachki's lawyers disputed. On November 21, the Court reduced the bail down to BGN 200,000, which was paid by Kovachki.

In the mean time, Serbian media have published articles claiming that workers from 10 Serbian companies, owned by Kovachki have not received their salaries for months. The Serbian Privatization Agency is expected to conduct a check-up of Kovachki's dealings in the country.

In addition of his businesses, Kovachki had been involved in the Bulgaria's political life and is known as the founder of the opposition LIDER party. On November 2, 2008 LIDER, the nationalist VMRO, and the Agrarian People's Union - united into a new center-right coalition called Movement "Napred" ("Forward").