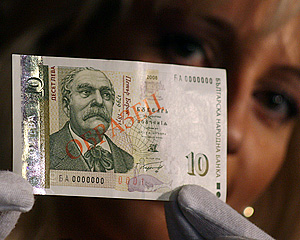 Hristov suggested that the currencies of countries with currency board arrangements, like Bulgaria, are more stable in times of crisis when floating courses start rapidly devaluating and create problems for banks.

After taking into account that Bulgaria's banking system has considerable reserves to fall back on in times of trouble, Hristov believes that Bulgaria's banks will remain more stable than the banks in other countries in Central and Eastern Europe in 2009, despite the fact that they will probably show a slower growth than in previous years.