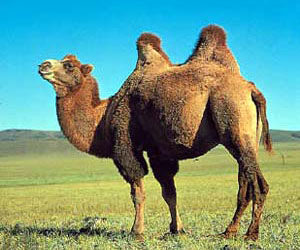 Photo by palmbeachpost.com
After keeping twenty camels destined for Bulgaria in the no man's land at the Russia-Ukraine border, the Ukrainian authorities finally gave Thursday a permission for the transportation of the animals through Ukrainian territory.

The twenty camels from the autonomous Russian Republic of Kalmikia were supposed to be delivered to a Bulgarian circus, the BGNES news agency reported.

After the truck carrying them crossed the Russian border checkpoint of Mateev Kurgan on January 31, however, the Ukrainian authorities at the Uspenskaya Checkpoint refused to let them it through because of doubts that the animals might be carrying the deadly virus of African pig plague.

Thus, the camels were stuck in the no man's land at the Russia-Ukraine border for almost two weeks, and one of them died because of the low temperatures.

The Bulgarian circus expecting the camel delivery was already preparing to send an additional vehicle in order to have the camels transported around Ukrainian territory - through Belarus and Poland.

With Thursday's permission to cross the Ukraine, though, the troubled camels can be expected in Bulgaria much sooner. The Russian customs and border police officers supplied the poor animals with food and water throughout the whole period of their ordeal.