Sofia Mayor to Bulgarian Expats: We Are Left with Bad Human Material Back Home 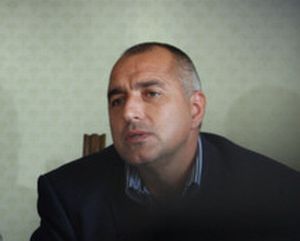 "What is the basis of our population at the moment - one million Roma, 700 000 Turks, 2,5 million retirees. This is what GERB is facing", the Sofia Mayor said pointing out that the pensioners were motivated by nostalgic feelings for the communist past in their voting for the Bulgarian Socialist Party.

"And what about you - a million-and-a-half who ran away?... The human material that we are left with as voters and as a pool for recruiting staff - it is really not that big. It is easy to say: "we rely on you". If that is how the relying will go, I am myself going to screw up in one year", the GERB leader said as quoted by the BGNES news agency with cites a report of the Sega Daily.

He mentioned the Bulgarian communities in the Ukraine and Hungary as examples of Bulgarian immigrants to which Bulgarian should reach out. In his words, the Ukrainian state was assimilating gradually the ethnic Bulgarians there because they were high-quality human capital.

He stressed that the Bulgarians living in Budapest had long been exemplary citizens who used to grow food for the whole city with there gardens back in the days, and were well-known for being very hard-working.