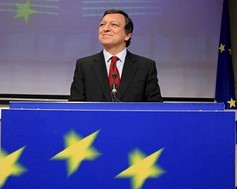 Barroso did, however, say that it would be entirely up to individual companies to decide if they were going to sue either State for compensations. The President appealed to all member countries to work hard on creating stable energy strategic plans so that they would be better prepared should similar situations arise in the future.

According to Barroso, countries must seek alternative gas suppliers in order to avoid relying on a single one, something the President defined as "imprudent".