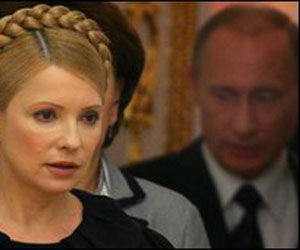 The agreement has been signed by the CEO of the Russian energy giant "Gazporm" Alexei Miller and his Ukrainian counterpart - the CEO of "Naftogaz" Oleh Dubyna as well as by the Prime Ministers of the two countries - Vladimir Putin for Russia and Yulya Timoshenko for the Ukraine.

Putin, quoted by the Russian information agency ITAR-TASS, stated at the meeting's conclusion that "Gazprom" has received an order to begin immediately Russian gas transit trough the Ukraine in all European directions.

Timoshenko, on her part, declared that the Ukraine was to begin delivering gas to European consumers right after the first volume reached the pipes in the Ukraine.

The European Commission (EC) immediately issued a declaration regarding their reaction to the signing of the Gazprom-Naftogaz gas contract, saying that the EC "notes the signing of a ten year contract between Gazprom and Naftogaz in the presence of Prime Minister Putin and Prime Minister Tymoschenko in Moscow this afternoon."

"We now need an indication of the precise time that gas deliveries will be resumed. Our monitors will verify when the gas actually starts to flow," the statement concludes.