Russia, Ukraine to Sign Contract for Gas Supply and Transit 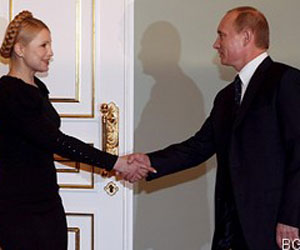 The contract would be signed by Russian Prime Minister Vladimir Putin and his Ukrainian counterpart Yulya Timoshenko.

Putin and Timoshenko held talks Sunday evening, reaching the agreement that both countries must do everything within their powers to resume as early as Monday Russian gas supplies via the Ukraine for consumers in Europe.

The Russian PM further announced, at the conclusion of the bi-lateral talks, that in 2009 the Ukraine would be able to purchase Russian gas for their own needs at a 20% discount, under the condition Kiev would maintain the preferential prices for fuels transits through their territory. On January 1, 2010, Moscow and Kiev are to begin applying European prices for the delivery and the transit of natural gas.