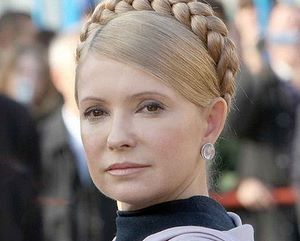 Gazprom representatives met with the Ukrainian side in Kiev to continue their negotiations. Earlier on Monday the European Commission announced the EC President Jose Manuel Barroso telephoned with the Russian PM Vladimir Putin and then with Ukraine's PM Yulia Tymoshenko Sunday night, and got Tymoshenko to agree to the signing of the protocol without any additional conditions.

Tymoshenko has agreed that the Ukraine would sign the protocol anew without attaching to it a separate declaration, in which it claims it had no debts to Gazprom, and had not appropriated any quantities of Russian gas destined solely for transit. The Ukraine did sign the EU-Russia monitoring protocol on Saturday but only on the condition that its declaration would be appended to it.

The Russian side has described the declaration as unacceptable. The re-signing of the monitoring protocol without the attachment of the Ukrainian declaration is expected to provide for the restart of the transit of Russian gas supplies to Europe via the Ukraine.

The signing of the gas transit monitoring protocol by the EU, Russia, and the Ukraine is regarded as a crucial step towards the resumption of the Russian gas supplies for Europe.