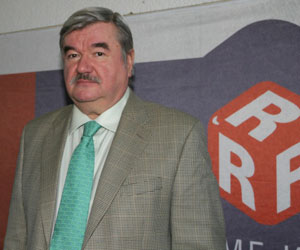 Isakov spoke in a special interview for the Darik radio, explaining that the Ukraine has refused to fulfill their contractual obligations regarding gas transit to Europe.

"Russia would begin supplying gas immediately after we become certain that it would reach European consumers," Isakov said, adding that on January 7 it has been the Ukraine halting all four pipes carrying gas to Western, Southern ad Eastern Europe.

"When this happened and only then, Russia made the decision to discontinue gas supply because Russian gas was not reach European consumers," Isakov explained.

The Ambassador further pointed out that in the last several months the Ukraine had actively filled their underground gas storage facilities and had significant gas reserves.