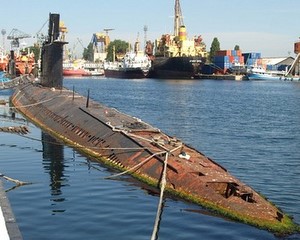 The submarine in question has not been used in years, and in two months it will be discharged from the Bulgarian Navy, and transferred to the Varna Municipality.

Bulgaria's other submarine "Slava" ("Glory") is still functioning but its nine-year-old battery is working with 70% of its capacity.

Nikolov and the Head of the Staff of the Bulgarian Navy Contra-Admiral Georgi Georgiev opened Monday the new school year at the Varna Naval Base.