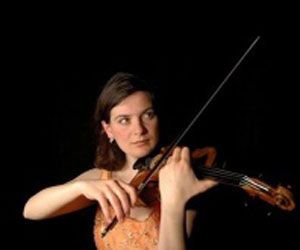 The concert is broadcast in more than 60 countries all over the world and is watched by millions of people.

On Thursday Albena became the first Bulgarian ever to perform at the Vienna Philharmonic New Year's Day concert.

Since September of 2008, the young Bulgarian musician has also been the first female concertmaster in the 140-year long history of the Vienna's Opera orchestra.

This year, the traditional Vienna Philharmonic New Year's Concert was conducted for the first time by the Argentinean-Israeli pianist and conductor Daniel Barenboim. The all-round musician, who debuted as a pianist with the Vienna Philharmonic in 1965 and conducted the orchestra for the first time in 1989, combines his musical abilities with ideas and gestures which give his work significance beyond the concert hall.

Besides the traditional waltzes and polkas composed by the Johann Strauss family, this January1, the program included pieces of Joseph Haydn since March 31, 2009 would mark the 200th anniversary of the composer's death.

The Bulgarian musician is well known not only in Austria, but all over Europe and has appeared for months already on different European TV channels in a "Rolex" advertisement. "Rolex" is the concert's official sponsor.

Albena Danailova was born in the family of musicians. Her mother Violetta Popova was a pianist and her father Boyan Danailov was a violinist. In Bulgaria Albena studied music with Nelly Zheleva and Professor Dora Ivanova.

She later went to Germany and graduated form the Academy of Music and Theatre in Rostock, Germany in the class of Professor Petre Munteanu.

Albena arrived in Vienna from the Bavarian Opera in Munich. She went through a very rigorous selection process with the Vienna Opera Orchestra and has been with them since September.

Albena has a temporary two-year contract with the Opera Orchestra. The decision about her permanent employment will be taken at the end of the second year.