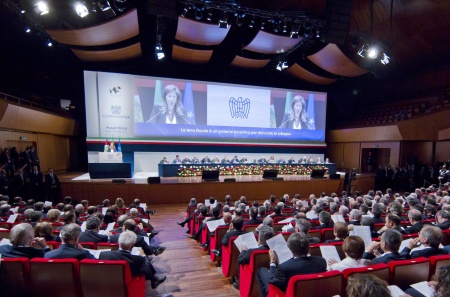 
An overview of the assembly of the Confindustria, the Association of Italian Industries, at the Auditorium of Rome, on 26 May 2011. Seen on the screen speaking is the president of Confindustria, Emma Marcegaglia.