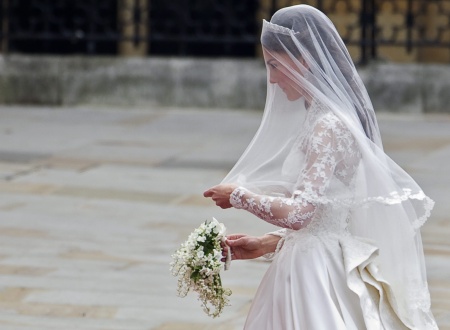 
Kate Middleton arrives at Westminster Abbey, London, Britain, 29 April 2011, for her wedding ceremony. Westminster Abbey has a long tradition as a venue for royal weddings, going back to 1100.