Dozens of representatives of the diplomatic corps in Sofia, the Bulgarian government, the business, sector, and the media joined the Publishers and Editorial Board of Novinite.com (Sofia News Agency) at the glamorous birthday party Monday afternoon in the Radisson Blu Hotel in the Bulgarian capital.

At the 10th birthday party of Novinite.com (Sofia News Agency), the Publishers and Editorial Staff awarded Kristalina Georgieva, EU Commissioner for humanitarian aid, for having been elected "Bulgaria's Personality in the News 2010" by YOU, our readers from all around the world!

In the voting in December and January Georgieva grabbed the first place in the annual poll of Novinite.com (Sofia News Agency) by a narrow margin, with the star striker of Manchester United Dimitar Berbatov remaining a very close second. 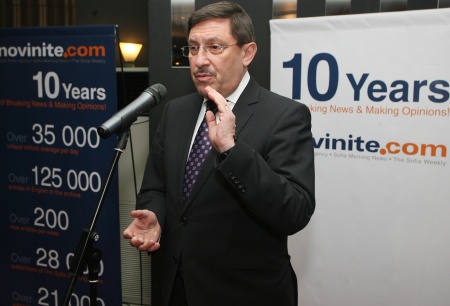