Photo Story: Egypt's Revolution in the Making: March of a Million, February 1, 2011 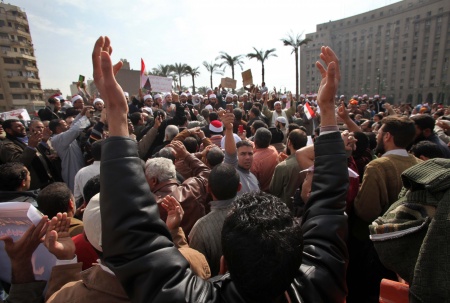 
Religious Egyptian men in prayers as they take part in the 'march of a million' rally in Tahrir Square in central Cairo, Egypt on 01 February 2011.