Russian Prime Minister Vladimir Putin made a long-anticipated visit to the Bulgarian capital Sofia for talks with Prime Minister Boyko Borisov on key large-scale energy projects. Before his arrival, small anti-Putin and pro-Putin rallies gathered in downtown Sofia. After the talks, Borisov presented Putin with a Bulgarian Shepherd puppy. Putin also met with President Parvanov. He completed his visit in Sofia by paying respects to the relics of St. John the Baptist relics found in Bulgaria over the summer, and meeting Bulgarian Orthodox Patriarch Maxim.

During the talks, Bulgaria and Russia signed a crucial deal on the South Stream gas transit pipeline and declared progress towards an agreement for the construction of the Belene Nuclear Power Plant. 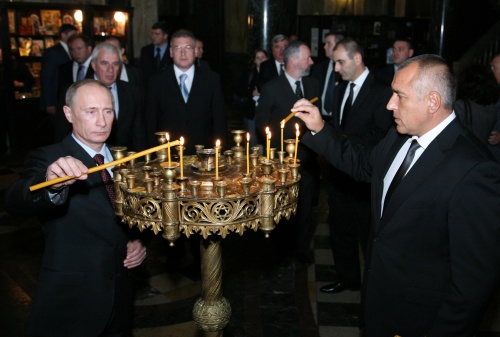